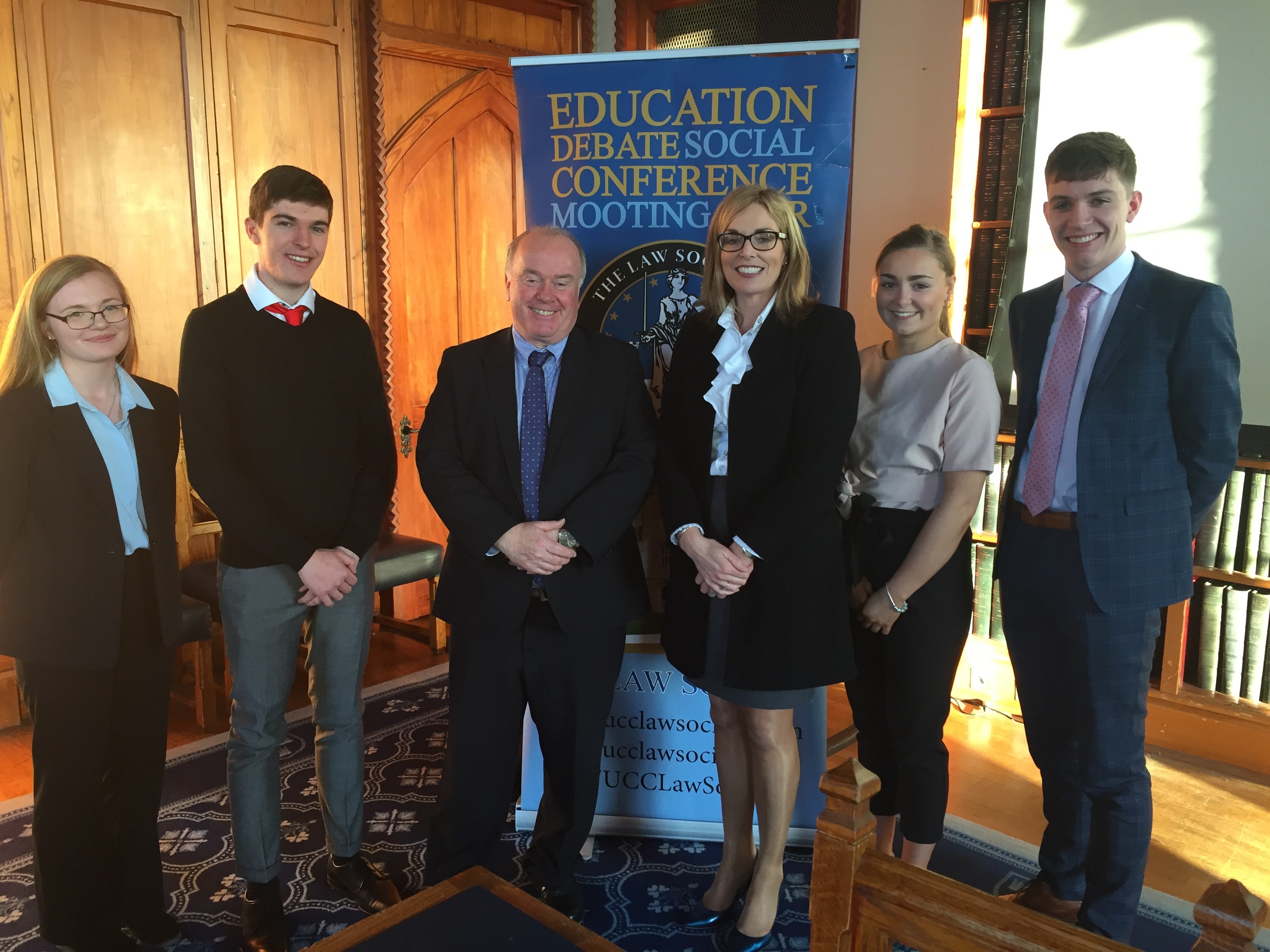 The UCC First Year Moot Competition 2018/2019 concluded on March 26th when the two finalist teams competed against each other in the beautiful surrounds of the University Council Chamber in the North Quad. Emma Neville, Solicitor  of Ahern Roberts O’Rourke Williams was joined by her Southern Law Association colleague Don Murphy, Solicitor of Murphy Condon Solicitors to act as the Judges to this hotly contested competition which saw a record ten teams taking part. Darragh O’Keeffe and Tara Flynn appeared for the Appellant (who had been convicted of murder) in an Appeal to the Supreme Court on the basis that the trial judge erred in not allowing the defence of provocation and that the actions of  medical staff amounted to a novus actus interveniens. Eve O’Shaughnessy and Max Philpot appeared for the Respondent. Scores were awarded for knowledge and application of the law, ingenuity and ability to answer questions, style, curtesy and demeanour, time management and organisation. The talent displayed from the four students was apparent from how close the final scores were and although Eve O’Shaughnessy and Max Philpot were announced as the winners the Judges concluded that they wouldn’t want to come up against any of the four finalists in Court !!”

Ahern Roberts O’Rourke Williams & Partners are a successful firm of solicitors, providing a full range of legal services, from our offices in the Old Rectory, Carrigaline, County Cork, P43 W921.
We use cookies to ensure that we give you the best experience on our website. If you continue to use this site we will assume that you accept this. OkPrivacy policy