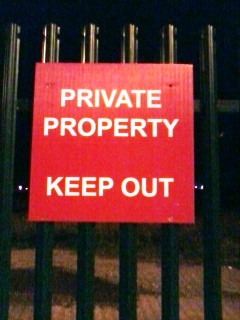 Adverse Possession. Do you have vacant property? Do you regularly check it’s boundaries?

When Lawyers talk about applications to the Land Registry for first registration based on adverse possession, it probably means very little to most people.

However on mention of squatters title, most people would have a better idea. Irish people have very close links to the land, being traditionally a farming people, with land passing from generation to generation and the “name” being preserved, if possible on the title to family land.

With that indigenous sense of the land, it is surprising how few property owners (not just farmers) understand the grounds by which a squatter can legally apply to be registered with ownership of the land.   In that vein, briefly what does a squatter have to do to successfully claim that he is legally entitled to the land, registered in the name of someone else.

Adverse in any context means something that is contrary or hostile, so it is not surprising that there are a large number of court cases in this area. The Judge’s rulings in these cases are what have developed the law in this area.

In September 2007, there was a High Court case, Dunne v Iarnród Éireann and CIE, which looked at the question of whether Mr. Dunne -a squatter had acquired property, by adverse possession, the Judge applied the following rules:

Is there a continuous period of 12 years during which the squatter (Mr Dunne in this case) was in exclusive possession of the lands in question to an extent sufficient to establish an intention to possess the land itself?

Whilst every case must be examined on its own particular facts the 12 years is generally seen as starting, when a squatter takes up occupation of the property in a way that is inconsistent with the title of the registered owner

To have any chance of success  to establish a claim of adverse possession; a squatter must have carried out some continuous act or use of the property that shows an intention not only  to occupy but to possess, such as grazing of animals, cultivation of crops, erection of fences or any other structures, planting of trees etc.   It is accepted that it is not enough for the squatter to be merely using the land while the land owner is not. The level of possession which the squatter must show is such that if the land owner was notified of what the squatter was doing he would immediately request the squatter to leave the land.

The law is currently weighted in favour of the land owner, and it has been accepted that at any stage of the squatters 12 years of squatting, the land owner could easily defeat a claim by a squatter by carrying out acts of possession, himself. That would mean the clock of 12 years would have to be wound back and started again.

Indeed in May 2000 in the case of Feehan v Leamy the court decided that Mr. Feehan the land owner had not stopped being in possession of the property even though the only use he had put the land to was to park his car and stand in the gateway looking in at the land, on a number of occasions each year.

In the CIE case above, CIE as the land owner had carried out works on part of the land and had at one stage re-established fences between the lands and the neighbour’s lands. The court found the actions to be sufficient to start the clock running again.

While the Court decisions and the examiners of title in the Property Registration Authority to date, have weighed heavily in favour of the land owners, squatters have been successful and it is vital that the land owner continues to exercise acts of possession in respect of their property and safeguard their ownership.

For both residential and non residential property always agree the terms of the occupation by way of a written lease or licence, drawn up by your solicitor and signed by all parties.

If you have vacant property, regularly check it, to make sure that the boundaries have not been changed in any way, and that no animals are grazing, or new fences erected.

Inform any suspicious findings to your Solicitor and arrange to take immediate steps to rectify the position.

If you have any queries or have a suspicion that someone is potentially preparing to claim squatter’s title against you or you believe you have successfully squatted to bring such a claim, you should contact Ahern Roberts O’ Rourke Williams & Partners, and we would be delighted to guide you, based on your individual case.

If you want to discuss matters further please contact Maura at the following email address: maura.lawton@arw.ie

Ahern Roberts O’Rourke Williams & Partners are a successful firm of solicitors, providing a full range of legal services, from our offices in the Old Rectory, Carrigaline, County Cork, P43 W921.

The Court Service has launched a multimedia Pre Court information…

Remortgaging your property? Here is a useful guide.

Remortgaging is the process of moving your mortgage to a…

We use cookies to ensure that we give you the best experience on our website. If you continue to use this site we will assume that you accept this. OkPrivacy policy